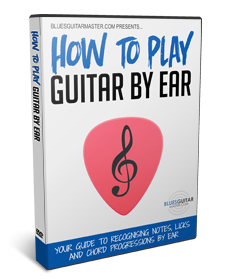 HOW TO PLAY GUITAR BY EAR

Your Guide To Recognizing Notes, Licks & Chord Progressions By Ear

10X Your Guitar Ability By Practicing This One Simple Thing

You’re about to discover how practicing one simple thing could finally allow you to gain total and complete control over your instrument.

YOU KNOW HOW SOME PEOPLE HAVE “PERFECT PITCH?”

You know how some people have ‘Perfect Pitch?’ Where they hear a note and instantly recognise it as a B or an F# or whatever? Those lucky *******s just seem to be born with it. You pretty much either have it or you don’t.

As a pro guitar player and teacher it’s something I always wished I had but sadly, I wasn’t one of the lucky ones. I’d always felt a little inferior to those ‘perfect pitch’ musicians who could communicate musically on a whole different level than I was able to.

I’d struggle to work out songs and solos by ear until one day I stumbled across an approach that changed everything.

LUCKILY, I FOUND THE ANSWER

It was a genius little technique known as ‘Relative Pitch.’

Listen, for most of us, we weren’t born with that special ‘perfect pitch’ gift. Like I said, you either have it or you don’t…and I definitely don’t have it.

But the good news is, ‘Relative Pitch’ is something ANYBODY can do. Once you know how it works you’ll be able to recognise chords, licks, scales, riffs, chord progressions…you name it, without even having to touch your guitar…

…And the sad part is so many of us don’t even know this is a thing!

WHAT IS “RELATIVE PITCH?”

It’s basically the ability to identify the space BETWEEN notes…or the ‘INTERVALS,’ if you want to use the correct/technical term.

I can almost guarantee you can already do this to a basic level without even realising.

For example, you know how a 12 bar blues sounds?

You know…you start on an A chord, then you move to a D, then you move up to E for the turnaround?
You’ve heard it a million times before. You already know how a 12 bar blues sounds.

The reason you know is because you recognise the sound of the distance between those 3 chords. It doesn’t matter which key you’re in, it doesn’t even matter which instrument you’re listening to, it could be a guitar, a piano, even a violin…the common element here is the space between the notes.

I bet you could hum me a 12 bar blues right now. Hell, even a 5 year old could probably do that with a little coaching.

…And that’s the coolest part…if you can do that, then there’s proof that relative pitch will work for you.

Smoke on the Water.

I doubt there’s a guitar player on the planet who couldn’t hum you that riff.

You know what’s interesting about that?

Smoke on the Water uses exactly the same intervals as Jimi Hendrix’s ‘Purple Haze.’ They’re in different keys, sure, but the space between those chords are identical.

Things get even more fun (and super useful) when you get good at this stuff. You’ll be able to recognise entire chord sequences, riffs, licks, even whole songs just by using your ears.

THE SIMPLE 7 FRET GAP YOU INSTINCTIVELY KNOW WITHOUT REALISING IT…

The ‘perfect 5th’ is the space between 7 frets on the guitar.

So if you played an A note at the 5th fret, then an E note up on the 12th, that would be an interval of a perfect 5th.

This is another one you instinctively know without even realising…

For example, try humming the first few notes from these tunes to yourself…

Every single one of these tunes uses the same interval…AKA the same ‘space’ between the notes.

Again…if you can recognise these tunes from memory or at least hum them to yourself (however good or bad your singing voice is), you’re harnessing the power of relative pitch.

See how cool that is?

You just need to learn to harness the power of relative pitch.

And if you can recognise any of those tunes I’ve just listed, you can already do it. You just need to learn how to apply it in the context of the guitar. And that’s precisely what my new course is going to show you how to do.

I GIVE YOU…
HOW TO PLAY GUITAR BY EAR

HERE’S WHAT YOU’LL LEARN INSIDE THE COURSE…

#1 – You’ll become an expert in working out lead guitar licks using a combination of your ears and your fingers on the fretboard.

#2 – You’ll discover how to quickly drill-down and find the key of any song, quickly and easily.

#3 – You’ll discover the power behind relative pitch and how that applies to playing guitar.

#4 – You’ll discover the 3 Go-To steps to working out any lick, chord sequence or song.

You’ll see exactly how to do it, step by step, so you can replicate our results and develop your ear to a professional standard.

QUICK QUESTION FOR YOU…

…If all this course did was show you how to listen to your favourite songs, and know how to play it within 5 minutes…would it be worth it?

…If all this course did was show you how to listen to a solo and after a few minutes of ‘noodling’ with your guitar, know where the licks were and which scales it used…would it be worth it?

…And., if all this course did was show you how to identify chords simply by listening to them…would it be worth it?

I sure hope so!

SO, HERE’S THE DEAL…

How To Play Guitar By Ear usually sells at $102, but since you’re on my mailing list I’m making a crazy, Cyber Monday special offer, just for you.

This offer is only available during our Cyber Monday Sale!

We have both online and DVD options available.

Well, that’s it for now. I can’t wait to hear about the results you get from our new program.

With this new training your guitar abilities will change forever.

Click the Add To Cart button below and secure your spot right now!

THE PRICE WILL BE GOING UP AFTER THIS OFFER ENDS! 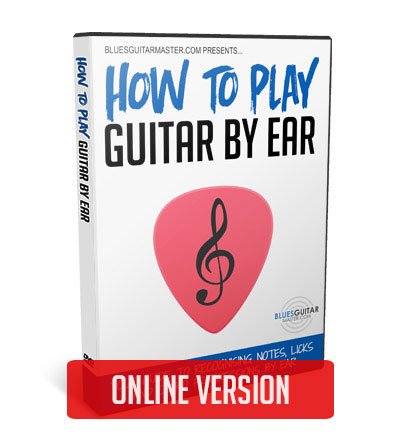 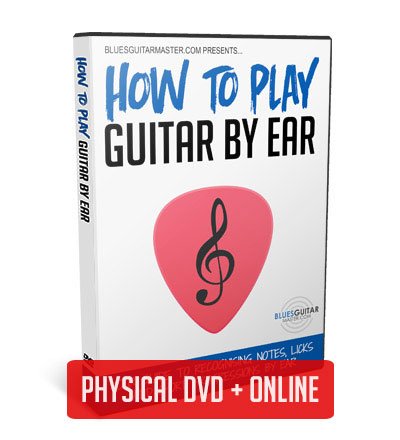 QUESTION: Is there a guarantee?

ANSWER: Yep…all our trainings have a 60-day, no-questions-asked guarantee.

In other words, if you aren’t happy for any reason, just let us know and we’ll give you your money back. We obviously don’t think it’ll come to that, but if you’re even the least bit worried if this will work for you, then put your mind at ease.

You either get the results you want or you get your money back. It’s as simple as that!

QUESTION: How long will it take to get access?

Your login and access information will be sent to the email address you provide, and there will be a video on the next page that explains how you can access the course inside of our members area.

QUESTION: “How long will I have access to the digital version of the course?”

ANSWER: You get lifetime access! We understand that life happens, and that just because you grab your spot today that doesn’t mean you’ll be able to finish (or even start) the course this week. And that’s ok! Take as long as you like. We aren’t going anywhere, and neither is this course.

QUESTION: “Is your course iPad/iPhone friendly?”

ANSWER: YES! You can log in to the online version of the course and view all of the content on every mobile device, iOS and Android.

GET INSTANT ACCESS TO HOW TO PLAY GUITAR BY EAR NOW!